Be the first to review this product
G912 Joist Seal 48mm
Manthorpe Joist Seals solve the problem of air leakage around the timber joist and effectively mount the joist in the wall, eliminating the need for clumsy joist hangers.
£6.68 £5.57
Availablity: In stock
SKU
10241

Free Express Delivery On Orders over £70

Skip to the end of the images gallery 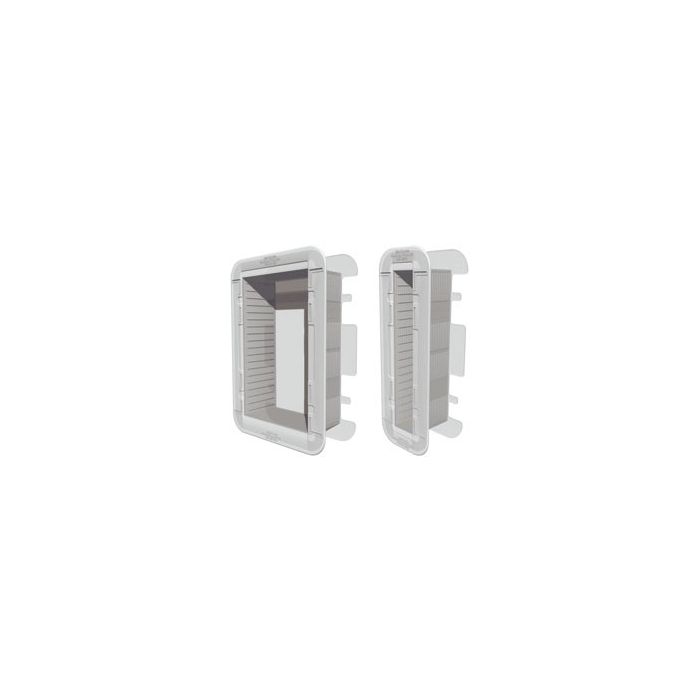 Skip to the beginning of the images gallery
Details

Manthorpe Joist Seals solve the problem of air leakage around the timber joist and effectively mount the joist in the wall, eliminating the need for clumsy joist hangers.

The joist seal fits over the end of the joist and is built into the block work forming an air tight seal with the masonry ensuring good insulation. During the drying out period the timber floor joist can shrink within the product without compromising the seal, thus complying with Part L of building regulations.

Traditionally, joists would be built directly into the block work skin of an external wall. However, robust construction details state that this is no longer acceptable, as shrinkage of joists and mortar allows air leakage to the cavity.

One alternative is to use joist hangers – but these are difficult to fit, slowing down the building process and leading to reports of structural problems such as springy floors and collapse.

Manthorpe Joist Seals eliminate all of these problems and comply with both Part L and Part E of building regulations. Tests carried out at CERAM Building Technology labs proved that they out perform both joist hangers and traditional pointing techniques when it comes to eliminating air leakage.

The Joist Seal has been one hour fire rated following tests at Warrington Fire Research. The product also complies with acoustic regulations.

Joist Seals are manufactured to fit all common joist sizes, with a comprehensive range of seals for varying block widths.
Restraining straps can be used with the Joist Seal by trimming slits into the product at designated points.

Every product has a black compression seal to improve thermal efficiency.

They can be used with joists that are too small to fit the product by packing with a suitable dry timber material or mineral fibre.